To add to the honjin for Hōjō Ujiyasu, I’ve made some commander stands. I’ve done 5 to begin with, but will have to add another 2 or 3. I’ll then be able to improvise a Hōjō army for club games similar to what I’ve done with the Uesugi, by adding specific command stands to the most ‘generic’ of my Oda and Mōri units. Ultimately I’ll want to make command group bases to add to my small battle units to give more of an identity for Hōjō, Uesugi and Takeda armies. I can then use these for big battle games as well without having to make a new set of 20 units for each army.

The Hōjō army was famous for assigning coloured banners to the different geographical divisions of their domain. If you’re playing the Tenka Fubu ‘blog drinking game, then it’s time to drink as I’m going to say ‘Edo period invention’ again. The idea of coloured banners first appears in the Edo period and is almost certainly an invention. Some of the Hōjō may have used yellow banners, and Ujiyasu himself may have used a 5-colour banner, but that’s about it. However, like similar issues with the Uesugi and Takeda, I’ve used them anyway. We’re never likely to know what the reality was, and if I were to guess it would probably be a pretty chaotic selection of banners. The 5-colour scheme is both visually appealing and distinctive, which is always something to bear in mind with 6mm.

Anyway, here is Hōjō Ujiyasu with 5 of his commanders:
Kasahara Masataka – White
Tame Mototada – Black
Tominaga Naokatsu – Blue
Hōjō Tsunataka – Red
Hōjō Tsunashige – Yellow.
The square banners are made like usual flags, with paper wrapped around a 0.6mm wire pole. A wire bar is then glued to the top of the flag. This is quite fiddly, but if you apply some tacky glue to the top edge of the flag and lay it down on some plastic, you can ‘roll’ the bar onto it. Once the tacky glue dries, apply a drop or two of superglue to the join to hold it properly. The fastening tab effect is just painted on, easy to get away with in 6mm. 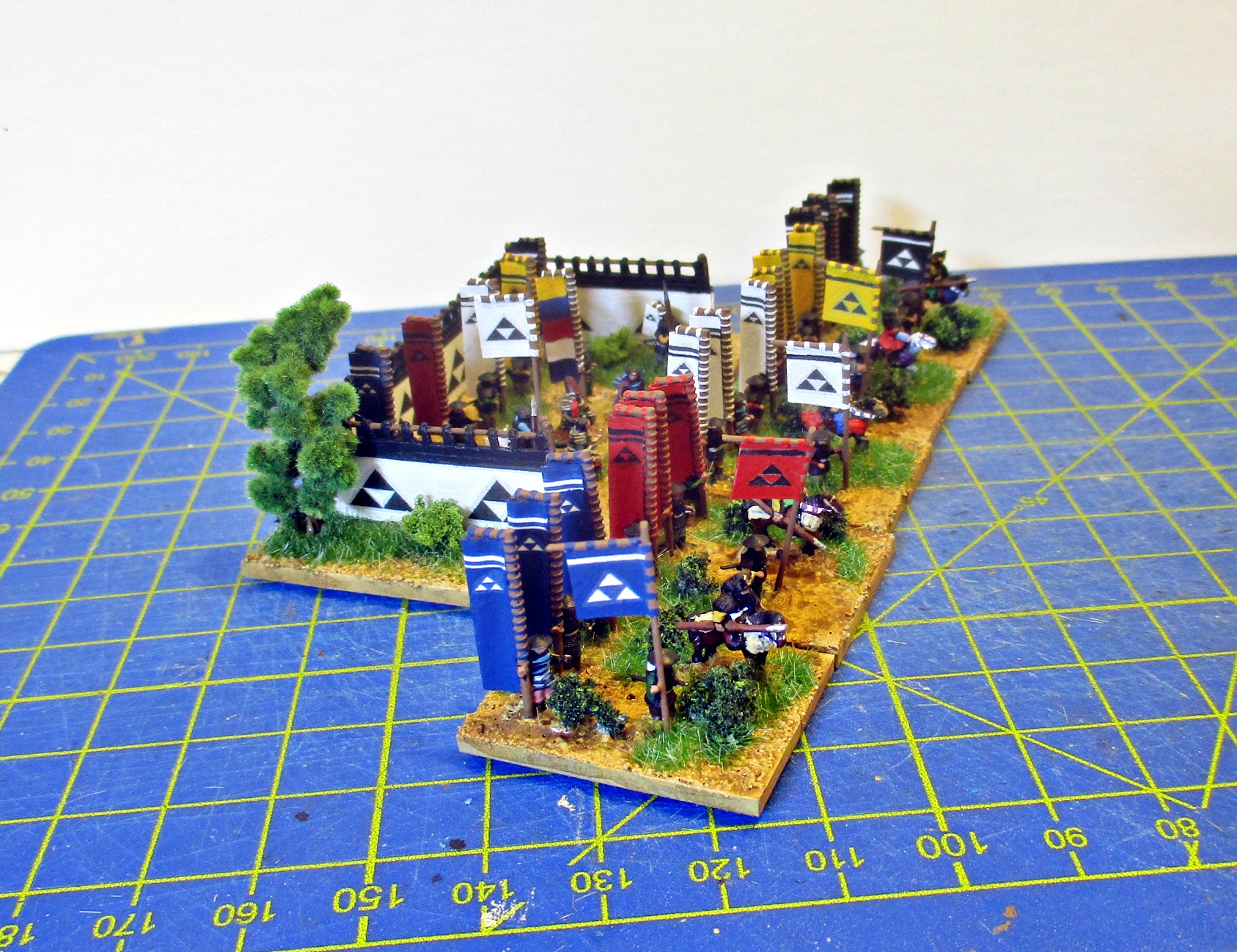 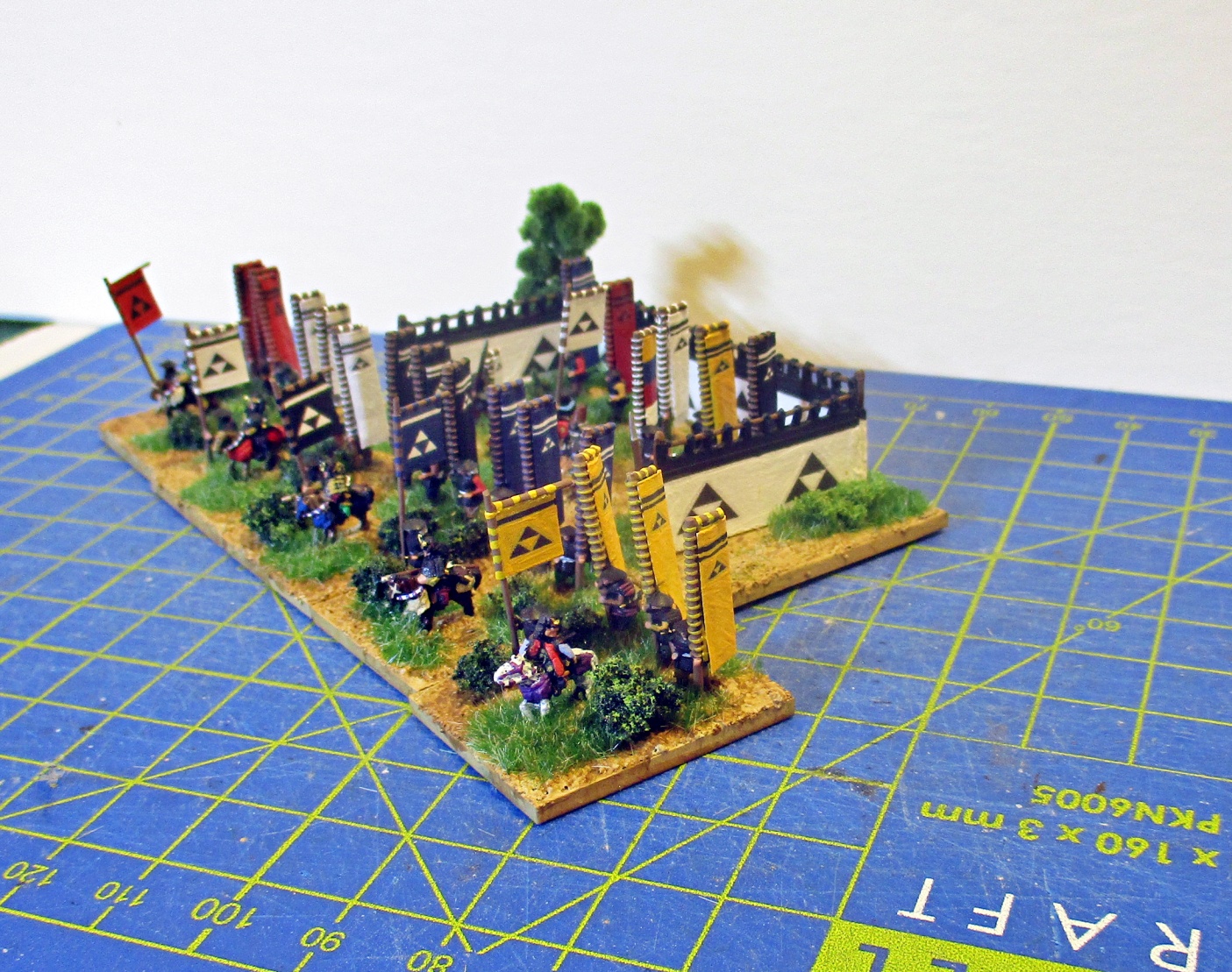 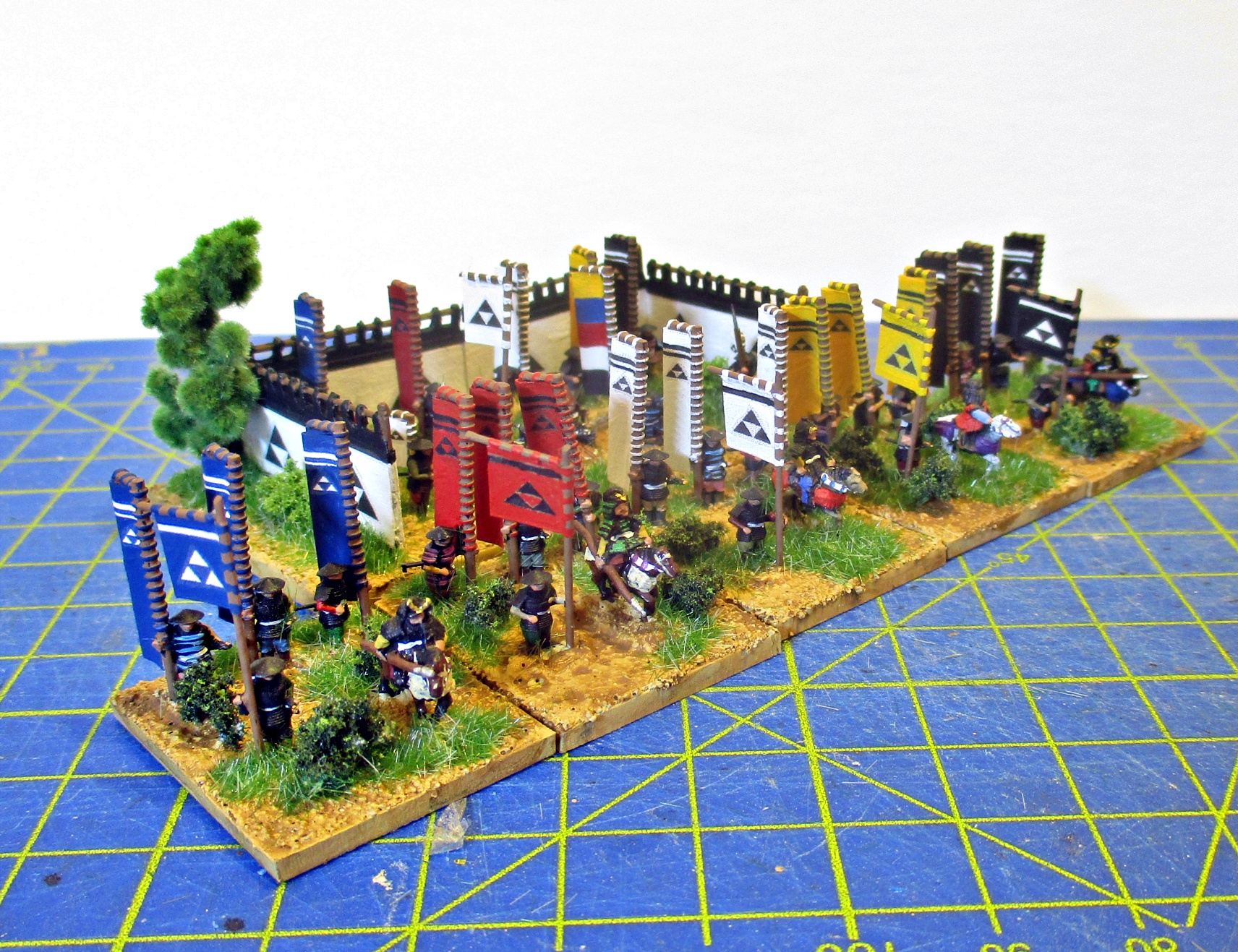