Following on from my Uesugi command honjin base, I’ve now made honjin for the other 2 great lords of Eastern Japan, Takeda Shingen and Hōjō Ujiyasu. As described previously, I’ve stuck to the banners mentioned in the Kōyō Gunkan for Takeda Shingen, along with two banners from one of the Kawanakajima battle screens. For Hōjō Ujiyasu, I’ve gone with the famous coloured banners. Unsurprisingly, these banners with a colour for each region within the Hōjō territory derive from the Edo period and as such are probably an invention. But once again, we don’t know what the banners actually were, so I’ll probably use them for the command stands regardless.

The plan next is to do some command stands for the Hōjō and Takeda to at least be able to play some games, and then probably add some command groups to give some more specific character to each army.

I’ve also uploaded a ‘V2’ of the ‘Tenka Fubu’ rules. These are just some minor addtions. 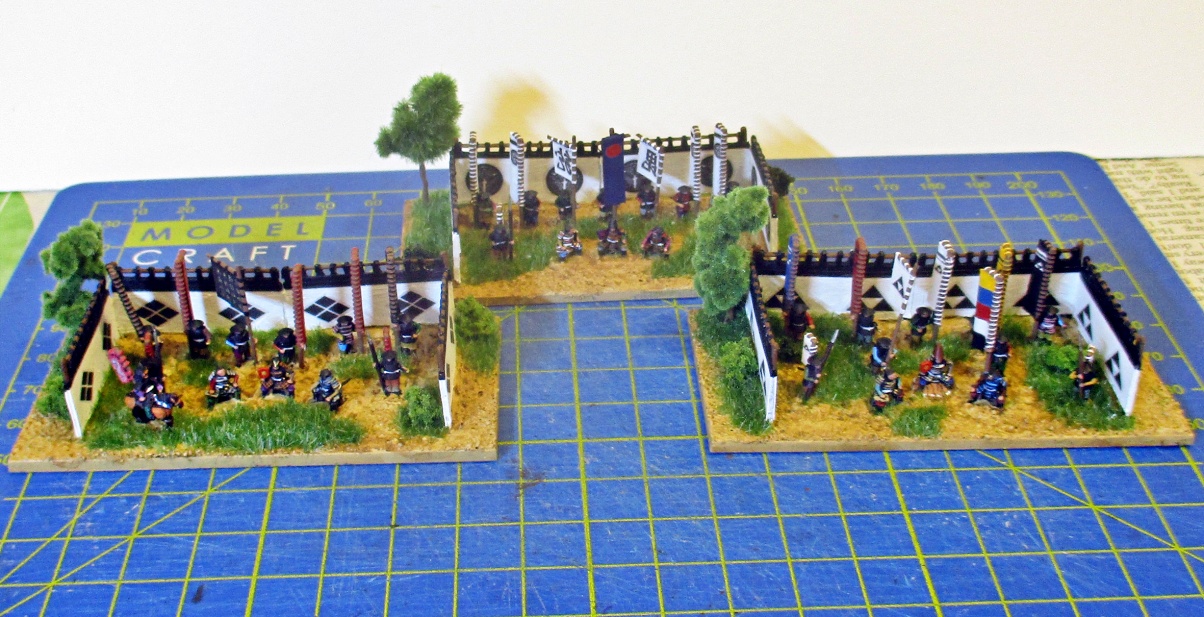 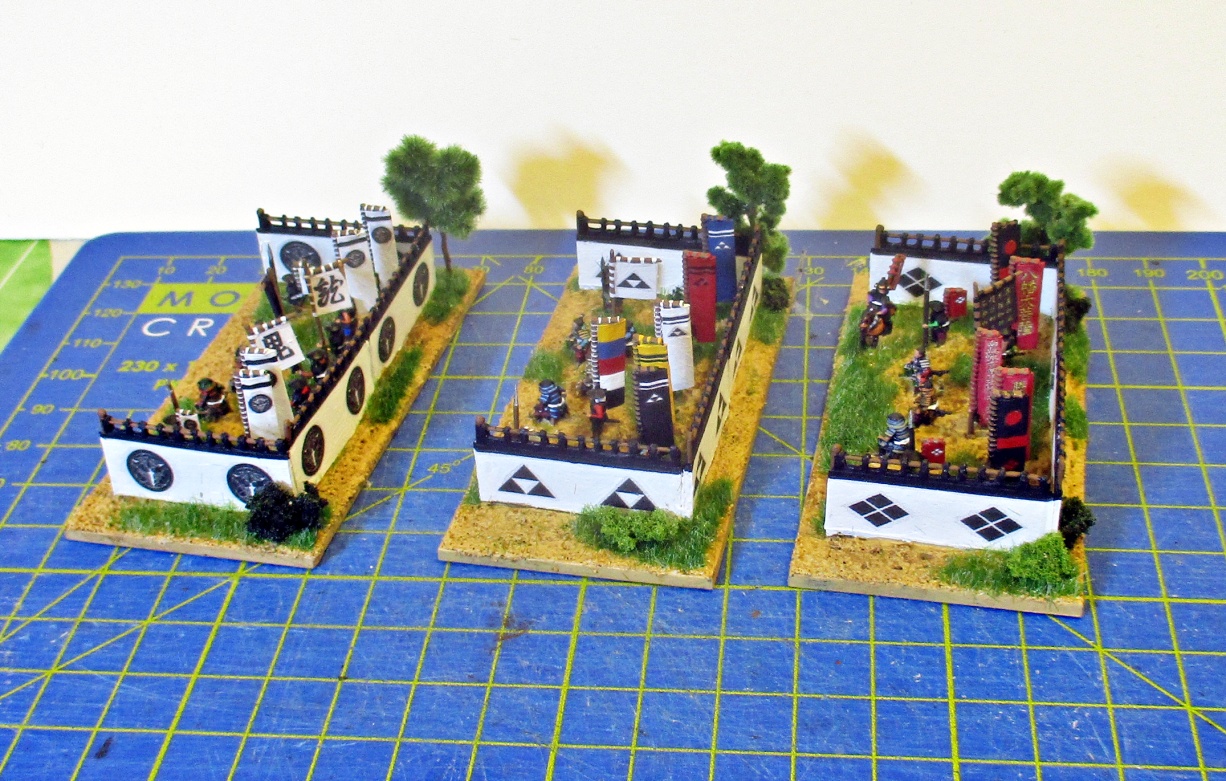 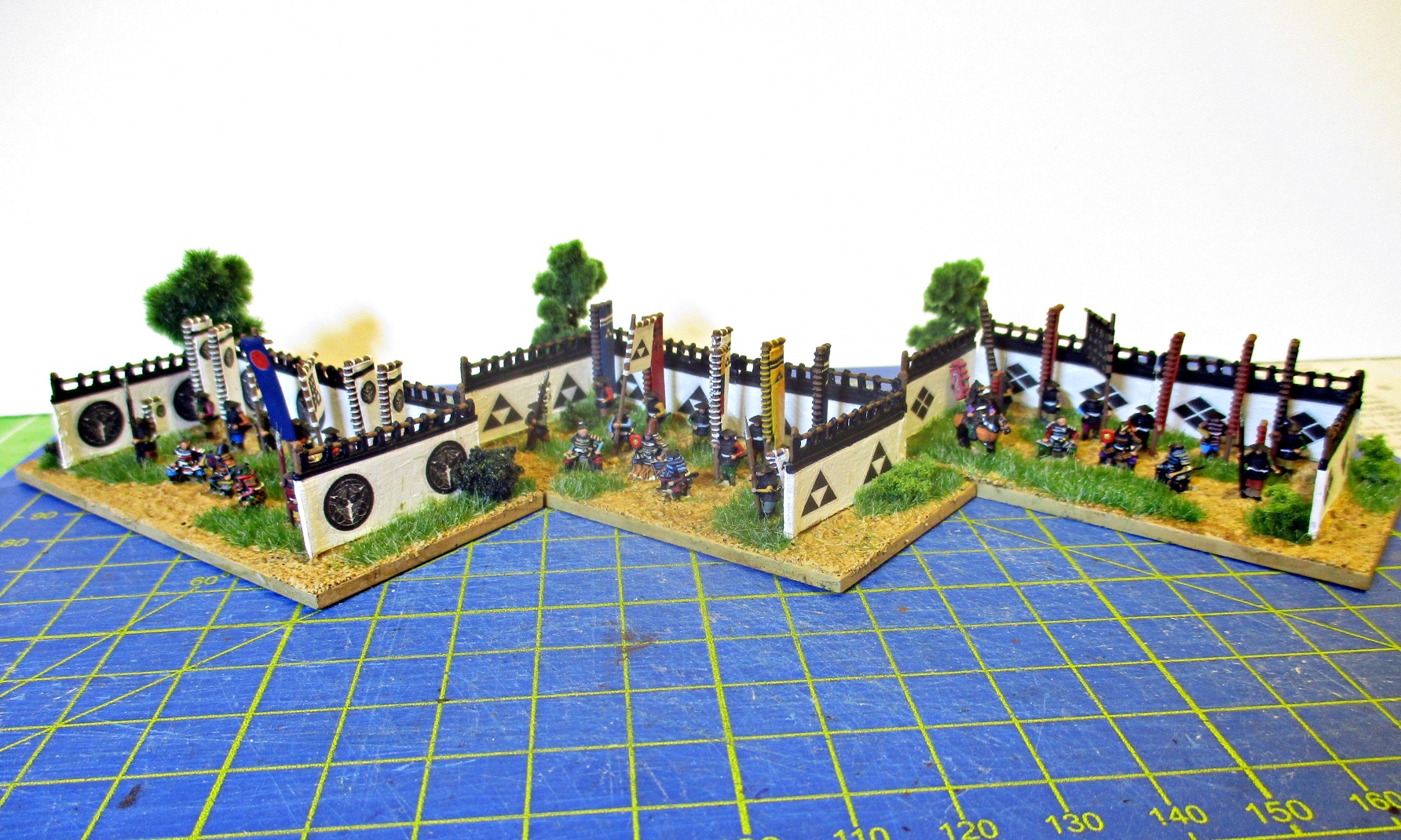 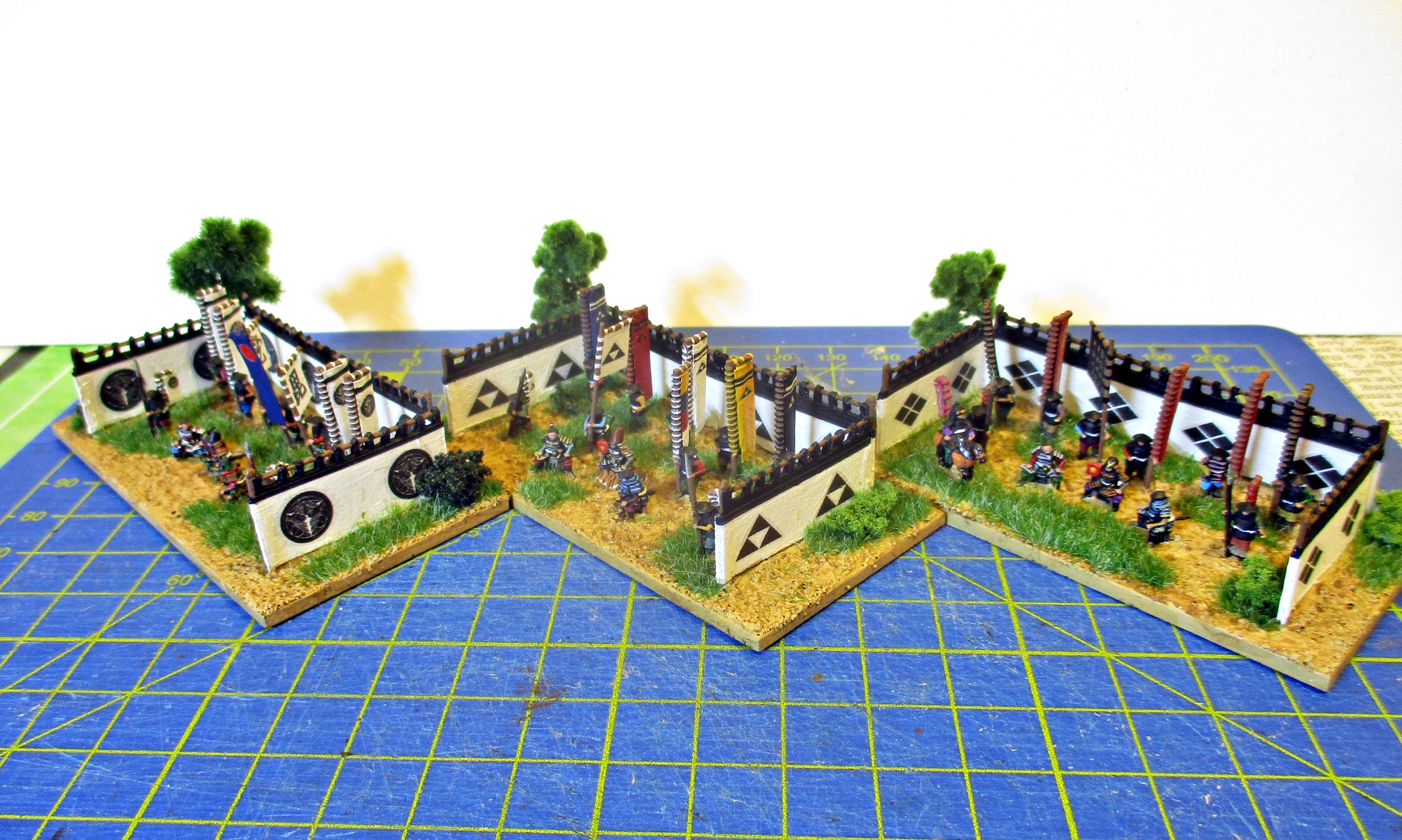 6 thoughts on “Lords of the Kantō”